Timeline of the National Hockey League facts for kids

The following is a timeline describing the history of the National Hockey League's teams and their histories. Non-NHL histories are also included here. This timeline starts with the first team created, the Montreal Canadiens, and it ends with the most recent one, the Columbus Blue Jackets. Grey portions in the timeline denote periods where a team was inactive for the season.

The period between the two grey bars denotes the "Original Six" era. 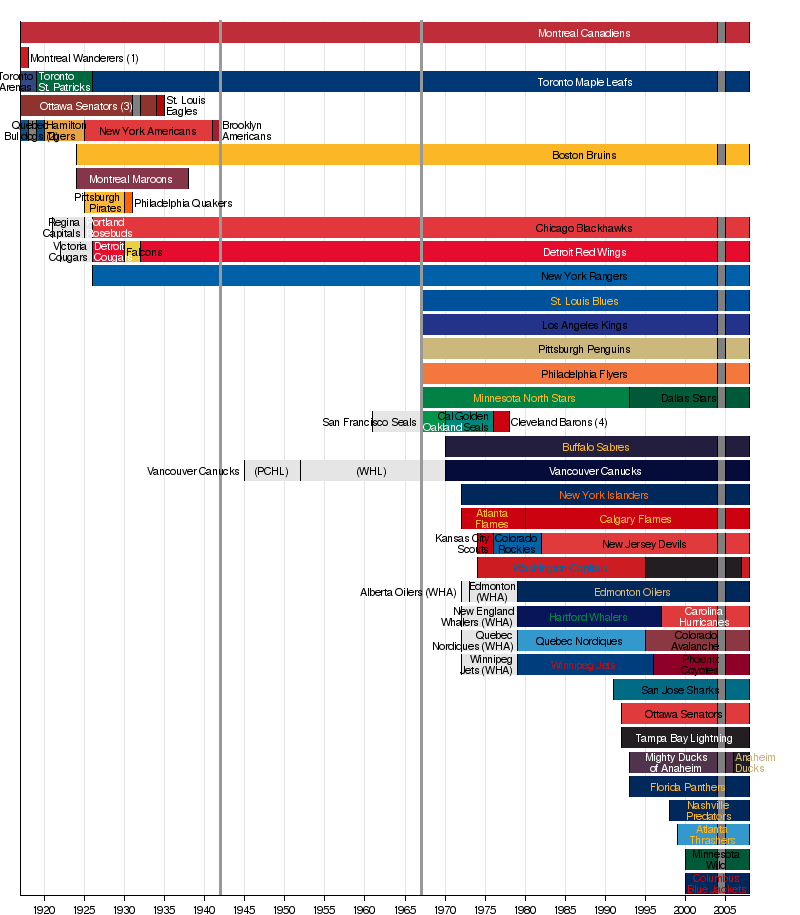 All content from Kiddle encyclopedia articles (including the article images and facts) can be freely used under Attribution-ShareAlike license, unless stated otherwise. Cite this article:
Timeline of the National Hockey League Facts for Kids. Kiddle Encyclopedia.