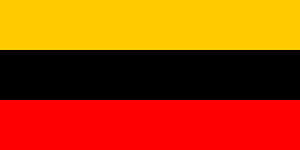 Flag of the Federation. 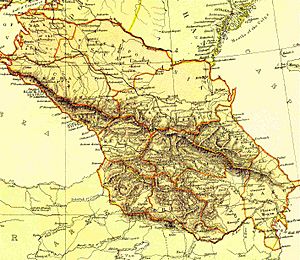 The T. D. F. R. also known as the Transcaucasian Federation, was a short-lived country in the South Caucasus (a region in Europe and Asia) extending across what are now the modern-day countries of Armenia, Azerbaijan, and Georgia.

All content from Kiddle encyclopedia articles (including the article images and facts) can be freely used under Attribution-ShareAlike license, unless stated otherwise. Cite this article:
Transcaucasian Democratic Federative Republic Facts for Kids. Kiddle Encyclopedia.