In human, trapezius muscle or trapezius is a large muscle that extends longitudinally on the upper portion of a human spine. Its functions are to move the scapulae and support the arm. 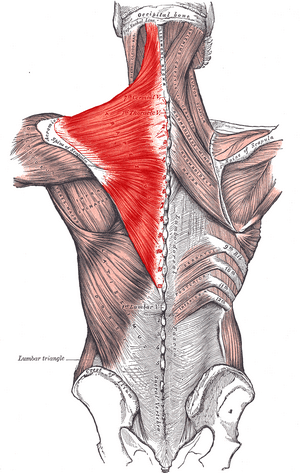 All content from Kiddle encyclopedia articles (including the article images and facts) can be freely used under Attribution-ShareAlike license, unless stated otherwise. Cite this article:
Trapezius muscle Facts for Kids. Kiddle Encyclopedia.