Waiouru railway station in Waiouru, New Zealand was an intermediate station on the North Island Main Trunk line. It was opened for goods traffic in March 1907, and for passengers on 1 July 1908. At 814 m above sea level, the station was the highest station on the New Zealand rail system. 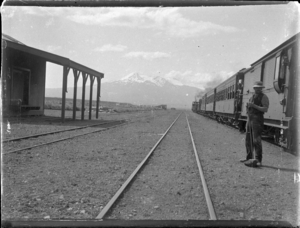 The last passenger train on the NIMT to stop at Waiouru was the Overlander, but from 10 April 2005 it no longer stopped here. The station had been closed for goods traffic on 13 October 1986. 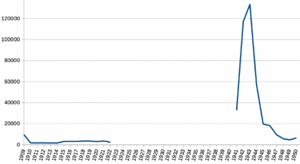 All content from Kiddle encyclopedia articles (including the article images and facts) can be freely used under Attribution-ShareAlike license, unless stated otherwise. Cite this article:
Waiouru railway station Facts for Kids. Kiddle Encyclopedia.