Will Sasso facts for kids 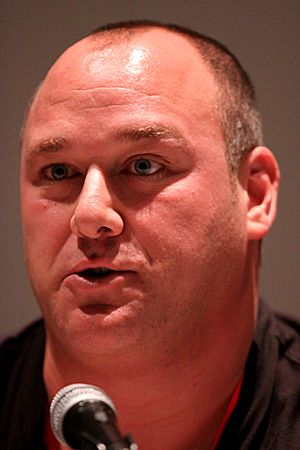 Sasso was born in Ladner, British Columbia. His parents are Italian immigrants.

All content from Kiddle encyclopedia articles (including the article images and facts) can be freely used under Attribution-ShareAlike license, unless stated otherwise. Cite this article:
Will Sasso Facts for Kids. Kiddle Encyclopedia.