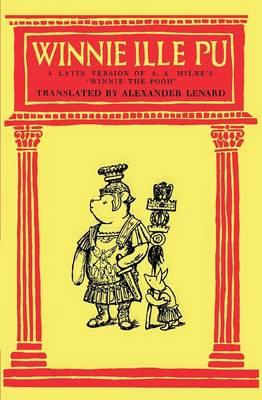 Winnie ille Pu is a 1958 translation of Winnie-the-Pooh into Latin by Alexander Lenard. The book was an unexpected hit, becoming the first foreign-language book to make The New York Times Best Seller list. Its success inspired the translation of a number of other children's books into Latin.

Lenard was teaching at a mining community in Brazil when he began translating Winnie-the-Pooh. He was motivated by his previous experience, teaching English to a boy in Rome by using the original Winnie-the-Pooh as an aid. Lenard was fired from his teaching job while he was still working on the translation, and he continued to work from São Paulo. Publishers were skeptical of the book's potential and Lenard self-published the first printing in 1958.

The initial publication was successful and spurred interest from beyond Brazil. The first publishing house to print the book was Bokförlaget Forum in Sweden; it was then picked up by Methuen Publishing in the UK and then E. P. Dutton in the US. When it was first published in the US, it received considerable praise from the press; the Christian Science Monitor went so far as to credit it with "saving Latin". This positive attention caused bookstores to quickly sell out of their copies, as at first Dutton had only imported 1500 copies; the resulting shortage only increased interest in the book. Overall, the book sold 125,000 copies in the US and spent 20 weeks on The New York Times Best Seller list, becoming the first non-English book to do so. The book was particularly desirable as a coffee-table status symbol.

The success of Winnie ille Pu spurred further interest in Latin translations of children's books. In the five years after its publication, The Tale of Peter Rabbit, The Little Prince, and Alice's Adventures in Wonderland were all translated into Latin. However, after this brief renaissance, the enthusiasm for translation into Latin slowly declined.

All content from Kiddle encyclopedia articles (including the article images and facts) can be freely used under Attribution-ShareAlike license, unless stated otherwise. Cite this article:
Winnie ille Pu Facts for Kids. Kiddle Encyclopedia.