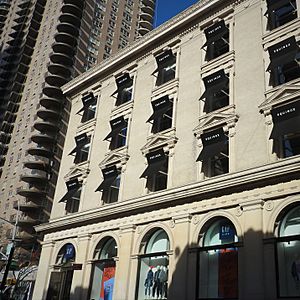 The building was operated as a bank until 1991, when it was converted to retail space on its ground floor and a fitness center on its upper floors.

All content from Kiddle encyclopedia articles (including the article images and facts) can be freely used under Attribution-ShareAlike license, unless stated otherwise. Cite this article:
Yorkville Bank Building Facts for Kids. Kiddle Encyclopedia.