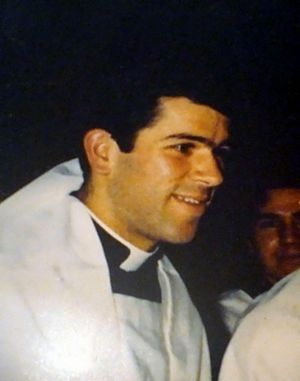 Álvaro Corcuera Martínez del Río (22 July 1957 – 30 June 2014) was a Mexican Roman Catholic priest. He was the former General Director of the Catholic Order of the Legionaries of Christ, replacing Marcial Maciel. He had served from January 2005 until early 2012.

Corcuera was born in Mexico City. In April 1975, he became one of the first members of the Regnum Christi Consecrated Men.

All content from Kiddle encyclopedia articles (including the article images and facts) can be freely used under Attribution-ShareAlike license, unless stated otherwise. Cite this article:
Álvaro Corcuera Facts for Kids. Kiddle Encyclopedia.