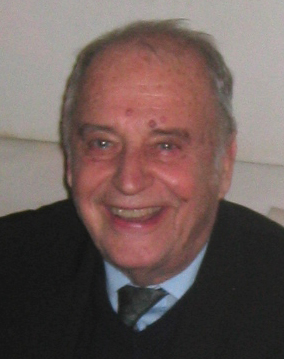 Žarko Petan (27 March 1929 – 2 May 2014) was a Slovenian writer, essayist, screenwriter, and theatre and movie director. He is known as a writer of aphorisms. His career began in 1950. He wrote over 100 essays and novels. Between 1992 and 1994, he served as Director General of the Slovenian National Radio and Television Broadcast. Petan was born in Ljubljana, Slovenia.

All content from Kiddle encyclopedia articles (including the article images and facts) can be freely used under Attribution-ShareAlike license, unless stated otherwise. Cite this article:
Žarko Petan Facts for Kids. Kiddle Encyclopedia.