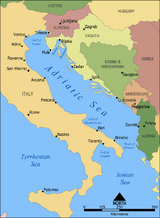 Location of the Adriatic Sea. 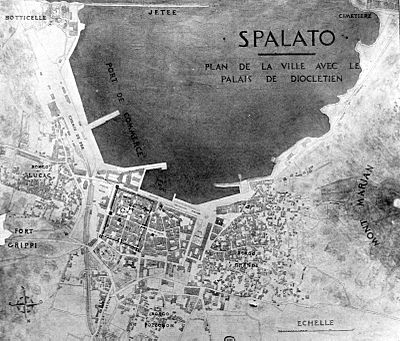 In 1918–1920, a series of violent fights took place in the city of Split between Croats and Italians, culminating in a struggle on 11 July 1920 that resulted in the deaths of Captain Tommaso Gulli of the Italian protected cruiser Puglia, Croat civilian Matej Miš, and Italian sailor Aldo Rossi. The incidents were the cause of the destruction in Trieste of the Hotel Balkan by Italian Fascists. 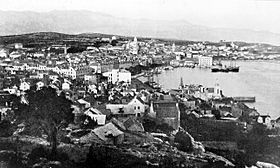 Split in the early 20th century

All content from Kiddle encyclopedia articles (including the article images and facts) can be freely used under Attribution-ShareAlike license, unless stated otherwise. Cite this article:
1918–1920 unrest in Split Facts for Kids. Kiddle Encyclopedia.