374-7
Location in the United States 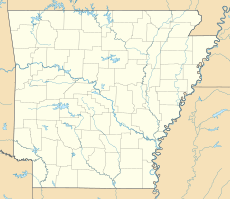 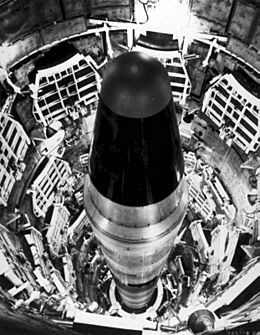 A Titan II ICBM in its launch silo

The Strategic Air Command facility of Little Rock Air Force Base was one of eighteen silos in the command of the 308th Strategic Missile Wing (308th SMW), specifically one of the nine silos within its 374th Strategic Missile Squadron (374th SMS), at the time of the explosion.

All content from Kiddle encyclopedia articles (including the article images and facts) can be freely used under Attribution-ShareAlike license, unless stated otherwise. Cite this article:
1980 Damascus Titan missile explosion Facts for Kids. Kiddle Encyclopedia.