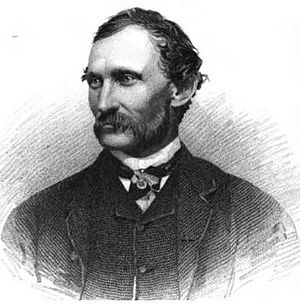 From The Kansas Annual Register for the Year 1864

Wilder was elected as a Republican to the Thirty-Eighth Congress (March 4, 1863 – March 3, 1865). He served as delegate to the Republican National Conventions in 1864, 1868, and 1872. He returned to Rochester, New York, in 1865 and published the Morning and Evening Express until 1868, when he retired from active business pursuits.

Wilder was elected mayor of Rochester in 1872, but resigned in 1873. He died in San Francisco, California, December 22, 1875, while there for his health. He was interred in Mount Hope Cemetery, Rochester, New York.

All content from Kiddle encyclopedia articles (including the article images and facts) can be freely used under Attribution-ShareAlike license, unless stated otherwise. Cite this article:
Abel Carter Wilder Facts for Kids. Kiddle Encyclopedia.