Ahmad NikTalab ( also known as Yavar Hamedani in Iran )was an Iranian poet, author, and linguistic.He was born in Hamedan. 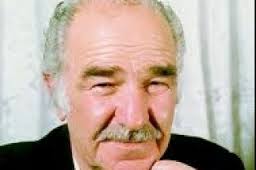 After education and living in Hamedan for the first part of his life, he went to Tehran to educate in Tehran University. He was also a prominent member of the Iranian Literary Association. Many of Hamedani's local songs have been translated into many Eastern languages while being broadcast on Iranian radio programs. His famous book is Saye Sare Alvand (or Sāyahʹsār-i Alvand) which published in 2004. Ahmad Niktalab began his work with the Radio Organization, along with figures such as Rahi Moayeri in 1930, many of whose songs have been sung on music ever since.

All content from Kiddle encyclopedia articles (including the article images and facts) can be freely used under Attribution-ShareAlike license, unless stated otherwise. Cite this article:
Ahmad NikTalab Facts for Kids. Kiddle Encyclopedia.