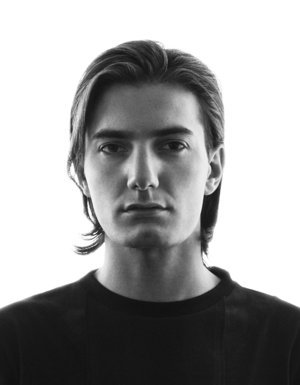 Alesso is a Swedish DJ and electronic dance music record producer. Specializing in progressive house, Alesso achieved worldwide attention and popularity in 2011 with wide support of his original productions and remixes from the likes of Avicii, Swedish House Mafia, Tiësto, Sander van Doorn, Kaskade and other well established DJ's. His remix of Pressure has nearly 4 million Youtube views and was one of the most played EDM songs of 2011 . He made his debut on DJ Mag's Top 100 DJ list in 2011, garnering the 70th spot. Being one of 2011's hottest artist was enough for MTV to name him a EDM artist to watch in 2012.

All content from Kiddle encyclopedia articles (including the article images and facts) can be freely used under Attribution-ShareAlike license, unless stated otherwise. Cite this article:
Alesso Facts for Kids. Kiddle Encyclopedia.