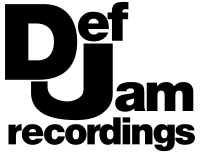 Def Jam Recordings is an American record label that mainly produces hip hop and urban music. It is owned by Universal Music Group. In the UK, the label takes on the name Def Jam UK and is operated through Virgin EMI. In Japan, it is Def Jam Japan operating through Universal Sigma Music. The label distributes various record labels. One is Roc-A-Fella Records. Another is Kanye West's GOOD Music,

Def Jam was founded by Rick Rubin in his dormitory in Weinstein Hall at New York University. The label's first release was a single by his punk-rock group Hose.

All content from Kiddle encyclopedia articles (including the article images and facts) can be freely used under Attribution-ShareAlike license, unless stated otherwise. Cite this article:
Def Jam Recordings Facts for Kids. Kiddle Encyclopedia.