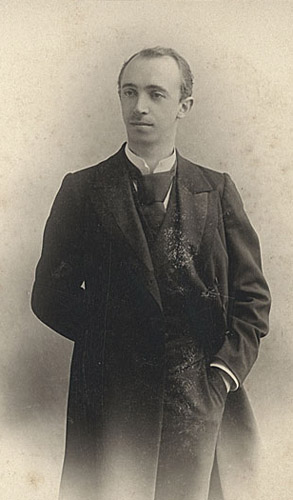 Alexander Gorsky (6 August 1871–1924) was a Russian ballet choreographer and a contemporary of Marius Petipa. He is known for restaging Petipa’s classical ballets such as Swan Lake, Don Quixote, and The Nutcracker. Gorsky "sought greater naturalism, realism, and characterization" in ballet. He valued acting skills over bravura technique (a showy display of skills such as many turns or high jumps.) His interpretations of ballets were often controversial and he often used artists outside the dance world to create sets and costumes. Gorsky gave continuity to the plots of Petipa’s ballets and removed excessive choreography that did not relate to the story.

All content from Kiddle encyclopedia articles (including the article images and facts) can be freely used under Attribution-ShareAlike license, unless stated otherwise. Cite this article:
Alexander Gorsky Facts for Kids. Kiddle Encyclopedia.