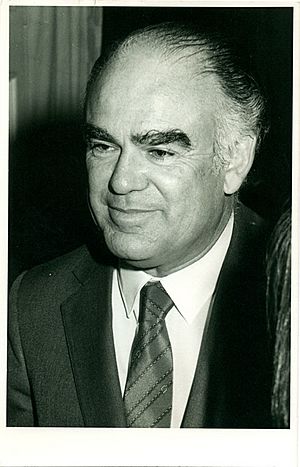 Alfonso Márquez de la Plata Yrarrázaval (19 July 1933 – 22 April 2014) was a Chilean politician, businessman and writer. He was Minister of Agriculture from 1977 until 1980. He was later the Ministry General Secretariat of Government from 1983 to 1984. He was born in Santiago.

All content from Kiddle encyclopedia articles (including the article images and facts) can be freely used under Attribution-ShareAlike license, unless stated otherwise. Cite this article:
Alfonso Márquez de la Plata Facts for Kids. Kiddle Encyclopedia.