All Saints Church is an historic Episcopal church located at 51 Concord Street in Peterborough, New Hampshire, in the United States. Completed in 1914, it is a completely realized example of an English country church as interpreted by the architect Ralph Adams Cram. On December 1, 1980, it was added to the National Register of Historic Places. 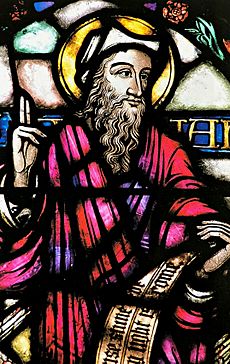 All Saints Church is located north of Peterborough's commercial downtown, on the east side of Concord Street (United States Route 202). It is a modest single-story structure, built out of locally quarried granite. It is basically cruciform in plan, its symmetry affected only by a small chapel extending from its southern transept. Its exterior is finished in rough ashlar stone. The main facade has a center entry set in a Gothic archway, with buttresses at the building corners. Set in the gable above the entrance is a round wagon-wheel stained glass window. A square tower rises above the crossing point of the nave and transepts, with peaked louvered belfry openings on either side of the nave's steeply pitched gable roof.

All Saints Church was organized as a mission in 1904 and became a parish in 1914. In 1912, architect Ralph Adams Cram began design work for a church building in the Colonial Revival and Gothic Revival styles. One of his models was St. Mary the Virgin Church in Iffley, Oxfordshire, England. Since Cram's commission was from an individual donor, Mary Lyon Cheney Schofield, rather than from a church body, he was not required to make the artistic compromises that might otherwise have been required. The church has been called "one of the most satisfying works of one of America's more important architects." The stained glass windows were designed by Charles Connick, The first service in the new church was on August 8, 1920.

All Saints Church is an active parish in the Monadnock Deanery of the Episcopal Diocese of New Hampshire. The Rev. Jamie L. Hamilton is the current rector.

All content from Kiddle encyclopedia articles (including the article images and facts) can be freely used under Attribution-ShareAlike license, unless stated otherwise. Cite this article:
All Saints Church (Peterborough, New Hampshire) Facts for Kids. Kiddle Encyclopedia.