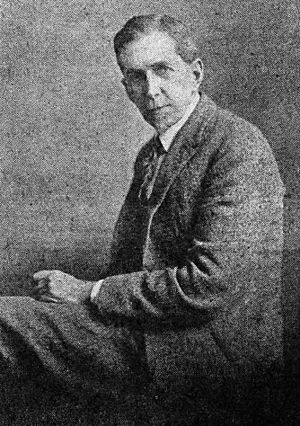 Alpheus Hyatt Verrill, known as Hyatt Verrill, (23 July 1871 – 14 November 1954) was an American zoologist, explorer, inventor, illustrator and author. He was the son of Addison Emery Verrill, the first professor of zoology at Yale University.

He authored many books on natural history and science fiction works.

He wrote on a wide variety of topics, including natural history, travel, radio and whaling. He participated in a number of archaeological expeditions to the West Indies, South, and Central America. He travelled extensively throughout the West Indies, and all of the Americas, North, Central and South. Theodore Roosevelt stated: "It was my friend Verrill here, who really put the West Indies on the map.”

During 1896, he served as natural history editor of Webster's International Dictionary, and he illustrated many of his own writings as well. In 1902, Verrill invented the autochrome process of natural-color photography. 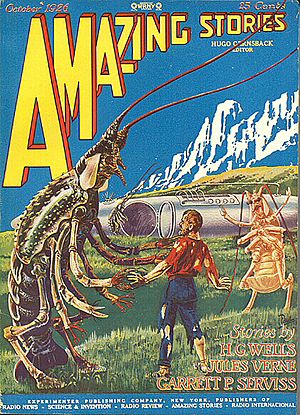 The October 1926 Amazing Stories cover-featured the first installment of Verrill's "Beyond the Pole". 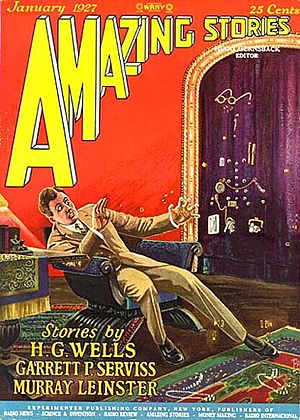 Verrill's novelette "The Man Who Could Vanish" took the cover of the January 1927 Amazing Stories. 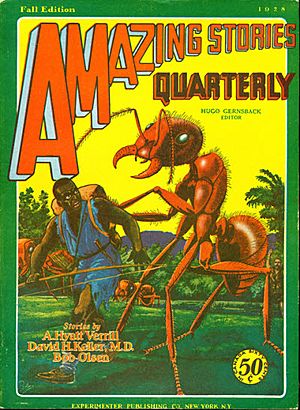 Verrill's novella "The World of the Giant Ants" was the cover story for the Fall 1928 Amazing Stories Quarterly. 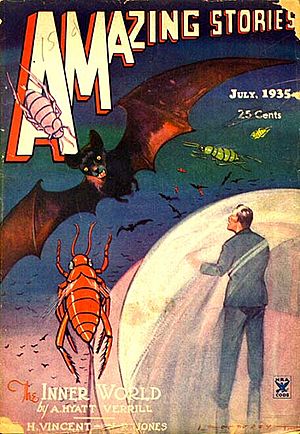 Another installment of a Verrill serial,The Inner World, took the cover of the July 1935 Amazing Stories.

Among his writings are many science fiction works including twenty six published in Amazing Stories pulp magazines. Upon his death, P. Schuyler Miller noted that Verrill "was one of the most prolific and successful writers of our time," with 115 books to his credit as well as "articles in innumerable newspapers." Everett F. Bleiler described Verrill's "lost race" stories as "more literate than most of their competition, but stodgy."

When the Moon Ran Wild (1962) was published posthumously using the name Ray Ainsbury.

All content from Kiddle encyclopedia articles (including the article images and facts) can be freely used under Attribution-ShareAlike license, unless stated otherwise. Cite this article:
Alpheus Hyatt Verrill Facts for Kids. Kiddle Encyclopedia.