Ancrum Old Parish Church is situated just over half a mile north west of the village of Ancrum in the Scottish Borders area of Scotland, on the B4600 road leading off the A68. The village of Ancrum is four miles north west of Jedburgh. The churchyard contains the burial ground for the local area. The old church is situated at , and the remains are protected as a Category B listed building.

The origins of the church are from 1136 when a monastic settlement was established by David I of Scotland. That foundation was part of the Archdeanery of Teviotdale in the See of Glasgow. This situation existed until the Reformation in 1560 when the church was transformed, according to the new faith, to Ancrum Parish Church. 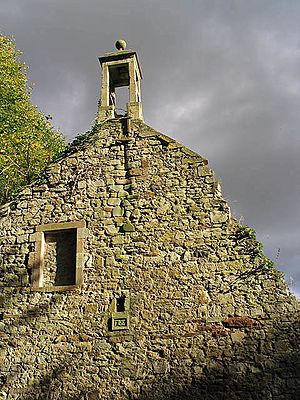 The old buildings were replaced in 1762 when a new church was built, incorporating a fragmented aisle from the old church. In 1832, the church was extensively repaired. The church, in later years, was alternatively known as "The Livingston Church" in memory of the most notable of all the clerics at Ancrum, the Rev. John Livingston (1603–1672). Livingston was part of the commission sent to Breda in the Netherlands in 1650 to meet King Charles II of England and Scotland, to make arrangements for his homecoming to receive the Crown of Scotland. In 1684, the parish of Longnewton was annexed to the parish at Ancrum. In 1890, the old church was abandoned when the new parish church (by Hardy & Wight) was opened in the village of Ancrum. The new church contains a Dutch bell of 1618.

There was a Free Church in Ancrum known as the John Knox Free Church and it was open for worship from 1859 until 1933. 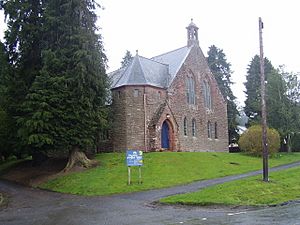 The Parish of Ancrum is no longer a separate parish and it is now part of the United Parish of Ale and Teviot, incorporating Ancrum, Lilliesleaf, Crailing and Eckford. The minister is the Reverend Frank Campbell.

All content from Kiddle encyclopedia articles (including the article images and facts) can be freely used under Attribution-ShareAlike license, unless stated otherwise. Cite this article:
Ancrum Old Parish Church Facts for Kids. Kiddle Encyclopedia.