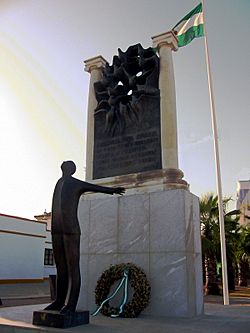 Monument to Blas Infante, Father of Andalusia, erected in the same place where he was executed without trial by Fascist rebels in 1936 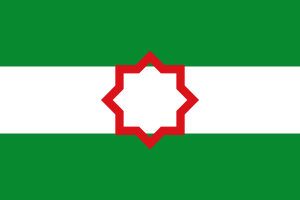 Nationalists flag for the Andalusia peoples

All content from Kiddle encyclopedia articles (including the article images and facts) can be freely used under Attribution-ShareAlike license, unless stated otherwise. Cite this article:
Andalusian nationalism Facts for Kids. Kiddle Encyclopedia.