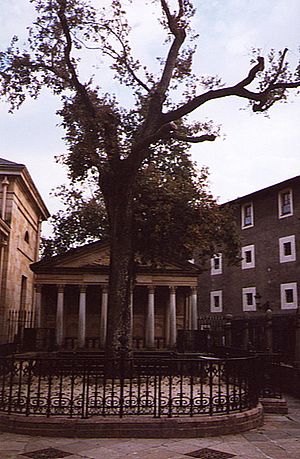 The Spanish Civil War (18 July 1936 – 1 April 1939) was a war in which the Spanish General Francisco Franco and his troops successfully took control of Spain. A lot of different groups worked together with the Spanish Republic (the government of the time) to stop him, including socialists, communists, anarchists, and other leftist groups. The fascist governments of Germany and Italy provided troops and supplies for Franco, while the communist Soviet Union sold the Republican forces weapons. Lots of people from other countries volunteered to fight against Franco (sometimes against the orders of their own countries), including people from the United States, the United Kingdom, France, Belgium, Germany, Italy, and many other countries. These groups were known as the International Brigades. The war ended on 1 April 1939 when the last of the Republican troops gave up. Franco became the ruler of Spain until he died in 1975. 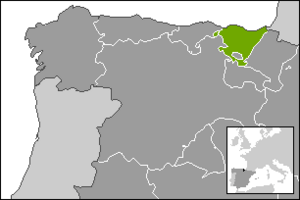 Half a million people died in the war, and many atrocities were committed by both sides. The most famous was the bombing of Guernica. On April 26, 1937, Guernica was bombed by Legion Condor, supported by Hitler's Nazi regime. It was the first time that large civilian casualties resulted. The bombing was reported all over the world in newspapers, and made people aware of German involvement. 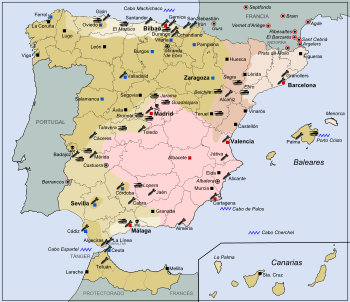 All content from Kiddle encyclopedia articles (including the article images and facts) can be freely used under Attribution-ShareAlike license, unless stated otherwise. Cite this article:
Spanish Civil War Facts for Kids. Kiddle Encyclopedia.