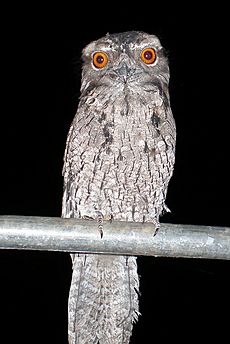 The Reserve's red-brown soil is derived from a basaltic flow from the nearby Mount Warning, and later volcanic flows from the Nightcap Range. Average annual rainfall at Lismore is 1,340 millimetres (53 in).

The Reserve is the largest and most important of the remnants of the Big Scrub. The area previously known as "Big Scrub Flora Reserve" is larger; however, it is not considered part of the genuine Big Scrub further to the south.

Over 170 species of trees, shrubs and vines have been recorded at this reserve.

As at most of the Big Scrub remnants, large Moreton Bay figs are prominent at this reserve. It is also a habitat for the seldom seen marbled frogmouth.

All content from Kiddle encyclopedia articles (including the article images and facts) can be freely used under Attribution-ShareAlike license, unless stated otherwise. Cite this article:
Andrew Johnston Big Scrub Nature Reserve Facts for Kids. Kiddle Encyclopedia.