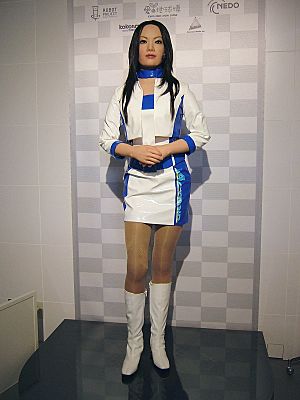 An android is a robot that looks very similar to humans. In TV shows and movies, androids are usually represented by human actors without special effects, while robots are usually shown in clunky suits or in makeup.

In real life, androids do exist-- but they are inhuman and tend to look scary, falling into the uncanny valley.

All content from Kiddle encyclopedia articles (including the article images and facts) can be freely used under Attribution-ShareAlike license, unless stated otherwise. Cite this article:
Android (robot) Facts for Kids. Kiddle Encyclopedia.