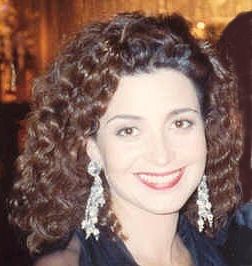 Annie Potts (born 28 October 1952 in Nashville) is an American television, movie and voice actress. She starred in the two Ghostbusters movies and the first two Toy Story movies. She is best known for playing Mary in the CBS sitcom Designing Women and as Sheldon's MeeMaw in Young Sheldon. She also performed in other movies.

All content from Kiddle encyclopedia articles (including the article images and facts) can be freely used under Attribution-ShareAlike license, unless stated otherwise. Cite this article:
Annie Potts Facts for Kids. Kiddle Encyclopedia.