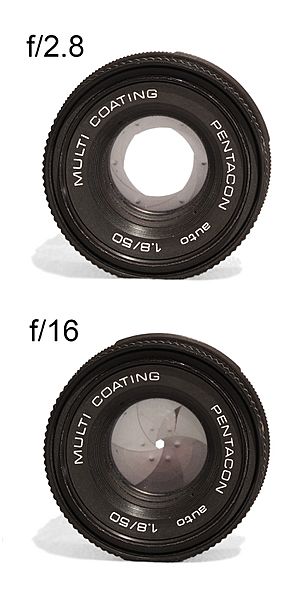 In Optics (and also photography) an Aperture is a hole where light can pass through.

Diagram of decreasing aperture sizes (increasing f-numbers) for "full stop" increments. Each white circle has double the surface of the white circle to its right.

All content from Kiddle encyclopedia articles (including the article images and facts) can be freely used under Attribution-ShareAlike license, unless stated otherwise. Cite this article:
Aperture Facts for Kids. Kiddle Encyclopedia.