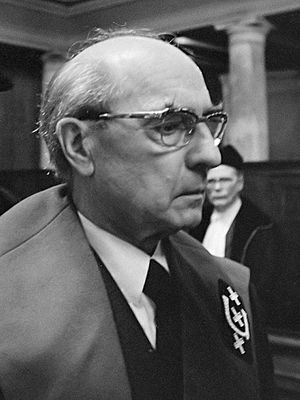 Paul Arthur Müller-Lehning (23 October 1899 – 1 January 2000) was a Dutch writer, historian and anarchist. He was born in Utrecht. He was known for French translations of Mikhail Bakunin works. In 1992, he won the Gouden Ganzenveer, and in 1999, the P. C. Hooft Award.

All content from Kiddle encyclopedia articles (including the article images and facts) can be freely used under Attribution-ShareAlike license, unless stated otherwise. Cite this article:
Arthur Lehning Facts for Kids. Kiddle Encyclopedia.