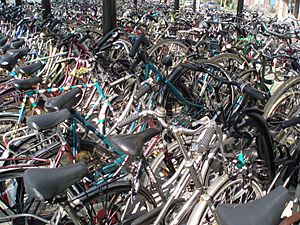 Many inventors were Dutch, including Hans Lippershey, Hans Janssen, and his son Zacharias Janssen the inventors of the microscope and the telescope, and the incubator. Many famous painters have also been Dutch, among them Rembrandt van Rijn, Vincent van Gogh and Johannes Vermeer.

Throughout the world there are about 30 million Dutch people: 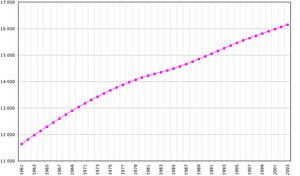 The Dutch society in the present can be seen as a very multi-cultural society. About 20% of the entire Dutch population is not of Dutch origin (these people are called allochtoon in Dutch). Even most members of the Dutch Royal family are allochtoon. This comes from the fact that the Netherlands were open to other nationalities and other religions since the beginning of the Republic of the Netherlands (founded in 1588). In the 17th century, it was not odd, for instance for Muslims to live in Amsterdam. After the Second World War, the Dutch hired many workers from Turkey and Morocco to rebuild the Netherlands. Many of these guest workers (gastarbeiders) stayed in the Netherlands. Therefore, The Netherlands have a large Turkish and Moroccan community. Immigration from especially Suriname and Indonesia also led to the multi-cultural society of the present. Recent events (like the murder on Theo van Gogh by a radical Muslim) have led to negative views on allochtonen by some of the Dutch people.

The Dutch society is also famous for its liberal views. 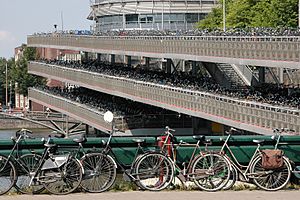 The Netherlands are a country where bicycles are used very much. Almost 30% of all travel is done by bicycle in the Netherlands. Bicycles are used so much so that throughout the Netherlands hundreds of bicycle parking lots (fietsenstallingen) are built. In Amsterdam, there is even a 3-story high bicycle parking lot. Trains are also used very much (unlike in, for instance, the US). The biggest railway company (NS) has 1.1 million travellers per day. That's 7 percent of the entire Dutch population each day.

All content from Kiddle encyclopedia articles (including the article images and facts) can be freely used under Attribution-ShareAlike license, unless stated otherwise. Cite this article:
Dutch people Facts for Kids. Kiddle Encyclopedia.