Arve Henriksen (born 22 March 1968) is a Norwegian trumpeter whose flute-like sound was inspired by the Japanese shakuhachi flute. 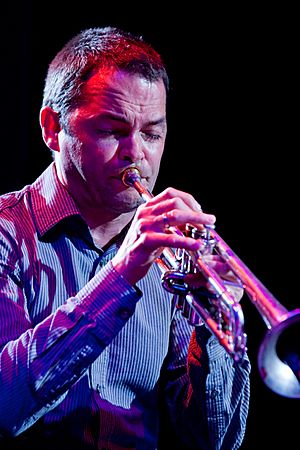 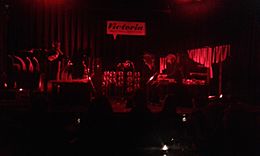 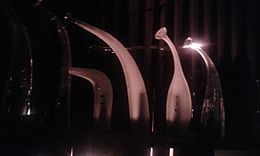 He also sings; his unique wordless vocalising was central to Chiaroscuro, where he often sings in a soprano's range. The control over his head voice is such that in "Opening Image" he could quite easily be mistaken for a woman.

With Supersilent he has been a major contributor to one of the most acclaimed improvisational bands over the last 14 years in Norway, with collaborations with Terje Rypdal among others. John Paul Jones played with them at the Punkt festival 2010, in Kristiansand, Norway and again at Moldejazz 2012.

John Kellman of the All About Jazz magazine recognized Arve Henriksen/Jan Bang Double CD Release Show at The Punkt Festival, Kristiansand, Norway, September 2013, as no. 17 of his "Best Live Shows of 2013". 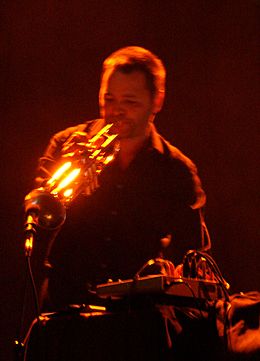 All content from Kiddle encyclopedia articles (including the article images and facts) can be freely used under Attribution-ShareAlike license, unless stated otherwise. Cite this article:
Arve Henriksen Facts for Kids. Kiddle Encyclopedia.