The Asheville Masonic Temple is a Masonic Temple located in Asheville, North Carolina. Designed by British American architect and Freemason Richard Sharp Smith, the building was opened in April 1915. It is listed in the United States National Register of Historic Places as a contributing building in the Downtown Asheville Historic District.

It is a four-story pressed brick building with limestone and grey brick trim, upon a granite foundation. It has a red tile hipped roof above its front portion. The Broadway facade has a two-story portico with paired Ionic columns.

Architect Smith was originally from England and was working in New York City for Richard Morris Hunt who hired him to supervise the construction of the Biltmore House.

The plan was to organize a building company composed of members of both bodies. It was suggested that the basement and first floor would include a reading room, library, secretaries’ offices, lobby, banquet hall, and a kitchen. The second floor would be used by Mount Hermon Lodge and other appendant bodies, such as the Order of the Eastern Star and the York Rite. The third and fourth floors were to be used by the Valley Of Asheville Scottish Rite. In May 1913 a contract was signed with McPherson Construction Company to construct the building for a price of $56,260. Almost two years later, on April 29, 1915, the Masonic Temple Company accepted the building from the contractor. The original plans, deeds and survey plats are still among the Temple's records.

There have been several prominent Masons whose Masonic careers originated from the Asheville Masonic Temple. 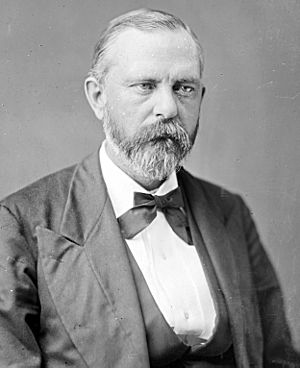 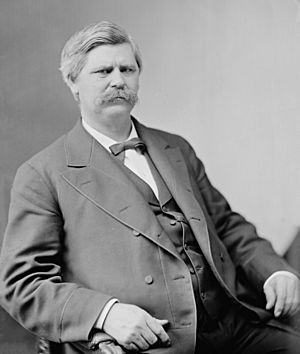 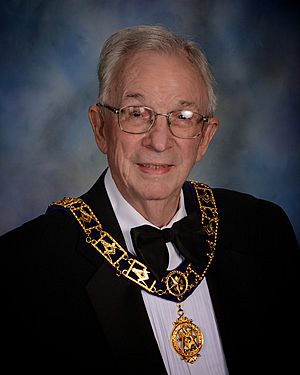 All content from Kiddle encyclopedia articles (including the article images and facts) can be freely used under Attribution-ShareAlike license, unless stated otherwise. Cite this article:
Asheville Masonic Temple Facts for Kids. Kiddle Encyclopedia.