Historic districts in the United States facts for kids 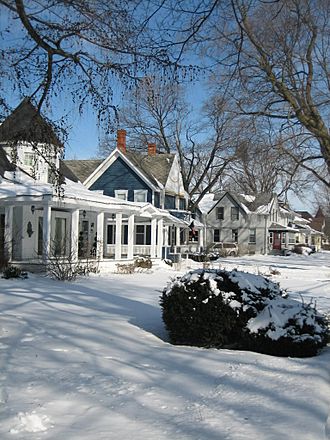 Historic districts in the United States are designated historic districts recognizing a group of buildings, properties, or sites by one of several entities on different levels as historically or architecturally significant. Buildings, structures, objects and sites within a historic district are normally divided into two categories, contributing and non-contributing. Districts greatly vary in size: some have hundreds of structures, while others have just a few.

The first U.S. historic district was established in Charleston, South Carolina in 1931, predating the U.S. federal government designation by more than three decades. Charleston city government designated an "Old and Historic District" by local ordinance and created a board of architectural review to oversee it. New Orleans followed in 1937, establishing the Vieux Carré Commission and authorizing it to act to maintain the historic character of the city's French Quarter. Other localities picked up on the concept, with the city of Philadelphia enacting its historic preservation ordinance in 1955.

The regulatory authority of local commissions and historic districts has been consistently upheld as a legitimate use of government police power, most notably in Penn Central Transportation Co. v. City of New York (1978). The Supreme Court case validated the protection of historic resources as "an entirely permissible governmental goal." In 1966 the federal government created the National Register of Historic Places, soon after a report from the U.S. Conference of Mayors had stated Americans suffered from "rootlessness." By the 1980s there were thousands of federally designated historic districts. Some states, such as Arizona, have passed referendums defending property rights that have stopped private property being designated historic without the property owner's consent or compensation for the historic overlay. 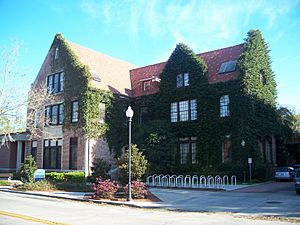 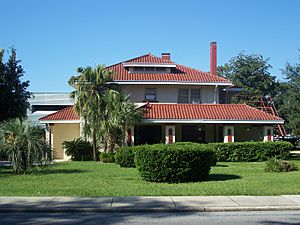 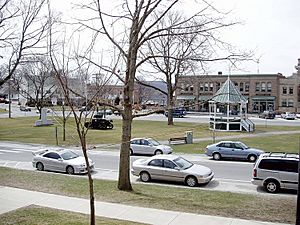 a geographically definable area, urban or rural, possessing a significant concentration, linkage, or continuity of sites, buildings, structures, or objects united by past events or aesthetically by plan or physical development. A district may also comprise individual elements separated geographically but linked by association or history. 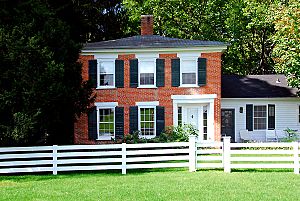 Most U.S. state governments have a listing similar to the National Register of Historic Places. State listings can have similar benefits to federal designation, such as granting qualification and tax incentives. In addition, the property can become protected under specific state laws. The laws can be similar or different from the federal guidelines that govern the National Register. A state listing of a historic district on a "State Register of Historic Places," usually by the State Historic Preservation Office, can be an "honorary status," much like the National Register. For example, in Nevada, listing in the State Register places no limits on property owners. In contrast, state law in Tennessee requires that property owners within historic districts follow a strict set of guidelines, from the U.S. Department of Interior, when altering their properties. Though, according to the National Historic Preservation Act of 1966, all states must have a State Historic Preservation Office, not all states must have a "state historic district" designation. As of 2004, for example, the state of North Carolina had no such designation. 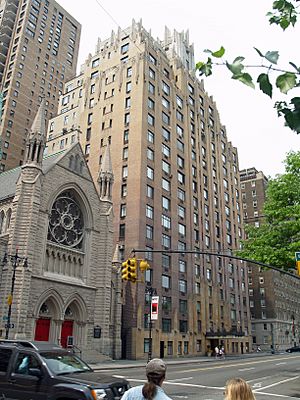 Local historic districts are identified by surveying historic resources and delineating appropriate boundaries that comply with all aspects of due process. Depending on local ordinance or State law, property owners permission may be required; however all owners are to be notified and given a chance to share their opinion. Most local historic districts are constricted by design guidelines that control changes to the properties included in the district. Many local commissions adopt specific guidelines for the "tout ensemble" of each neighborhood, although some smaller commissions rely on the Secretary of Interior Standards. For most minor changes, homeowners can consult with local preservation staff at the municipal office and receive guidance on and permission for the changes. Major changes however, require homeowners to apply for a Certificate of Appropriateness (COA), and the changes may be decided upon by the historic commission or architectural review board. The COA process is carried out with all aspects of due process, with formal notification, hearings, and fair and informed decision making. 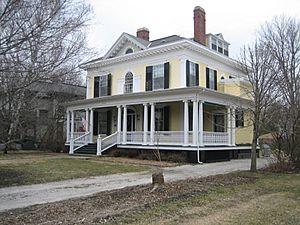 The David Davis III & IV House in Bloomington, Illinois, is another example of a property in a local historic district that is also listed on the federal National Register of Historic Places.

The original concept of an American historic district was as a protective area surrounding more important, individual historic sites. As the field of historic preservation progressed, those involved came to realize that the structures acting as "buffer zones" were actually key elements of the historic integrity of larger, landmark sites. Preservationists came to the view that districts should be more encompassing, blending together a mesh of structures, streets, open space and landscaping to define the historical character of a historic district.

As early as 1981 the National Trust for Historic Preservation identified 882 American cities and towns that had some form of "historic district zoning" in place; local laws meant specifically to protect historic districts. Before 1966, historic preservation in the United States was in its infancy. That year the U.S. Conference of Mayors penned an influential report which concluded, in part, that Americans suffered from a sense of "rootlessness." They recommended historic preservation to help provide Americans with a sense of orientation. The creation of the National Register of Historic Places in 1966, on the heels of the report, helped to instill that sense of orientation the mayors were looking for. The mayors also recommended that any historic preservation program not focus solely on individual properties but also on "areas and districts which contain special meaning for the community." Local, state and federal historic districts now account for thousands of historic property listings at all levels of government.

All content from Kiddle encyclopedia articles (including the article images and facts) can be freely used under Attribution-ShareAlike license, unless stated otherwise. Cite this article:
Historic districts in the United States Facts for Kids. Kiddle Encyclopedia.