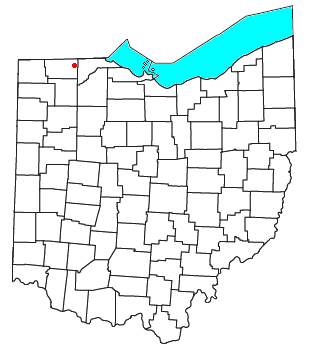 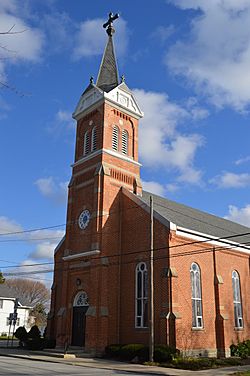 Assumption is a small unincorporated community and also a historically Irish (Catholic) community in southern Amboy Township, Fulton County, Ohio, United States. A part of the Toledo Metropolitan Area, it lies seven miles from the northern edge of Swanton. It is located at roughly 41°40'N, 83°55'W.

Assumption was originally named St. Mary's Corners because it was the location of St. Mary's Catholic Church. In 1840, the area was called both Caraghar's Corners and Caraghar, after an early Irish settler of the area named Patrick Caraghar. By 1942, the village assumed its current name.

All content from Kiddle encyclopedia articles (including the article images and facts) can be freely used under Attribution-ShareAlike license, unless stated otherwise. Cite this article:
Assumption, Ohio Facts for Kids. Kiddle Encyclopedia.