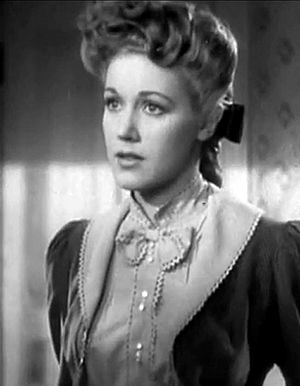 Long was born in Orlando, Florida. Her father was an Episcopal minister and English immigrant. During her childhood, she and her family moved to Canada as well as Honolulu, Hawaii, and San Francisco, California. She was educated in both California and Virginia. She was first married to Edward Rubin from 1945 until their divorce in 1951. She was later married to British writer Leslie Charteris from 1952 until his death in 1993.

All content from Kiddle encyclopedia articles (including the article images and facts) can be freely used under Attribution-ShareAlike license, unless stated otherwise. Cite this article:
Audrey Long Facts for Kids. Kiddle Encyclopedia.