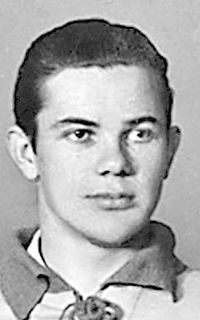 Taavi Aulis Rytkönen (5 January 1929 – 16 April 2014) was a Finnish footballer. He became the country's first professional player when he signed for France's Toulouse FC in 1952.

He was born in Karttula, Finland.

All content from Kiddle encyclopedia articles (including the article images and facts) can be freely used under Attribution-ShareAlike license, unless stated otherwise. Cite this article:
Aulis Rytkönen Facts for Kids. Kiddle Encyclopedia.