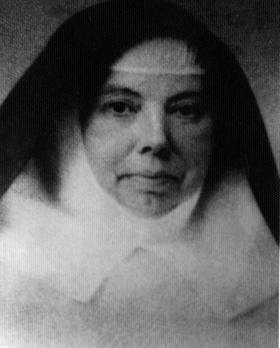 Margaret Anne Carroll was born in Clonmel, Ireland, 23 February 1835. Her parents were William and Margaret Strahan Carroll, and there were eight siblings. Carroll received most of her education at Clonmel National Model School. She entered the Convent of St Maries of the Isle, Cork, in 1853, taking the name Sister Mary Teresa Austin in 1854; two years later she professed her first vows.

Carroll aided in establishing an Order in Buffalo, Rochester, Omaha, under Mother Mary Frances Xavier Warde. She established convents in New Orleans (1869), Biloxi, Mississippi, Florida, Alabama, Belize, British Honduras, and was in Selma, Alabama in 1895. In addition to her office of Superior during these years, Mother Austin was contributed to many periodical magazines, among them The American Catholic Quarterly Review, Philadelphia Catholic Record, Catholic World, Irish Monthly, besides a large European correspondence. She passed through several severe epidemics. Though Mother Austin spent much of her life in Europe, her literary life was spent in the US, in which schools she attended and established played a special role. She founded more than 20 convents in the U.S.

Carroll died on 29 November 1909 after suffering a series of strokes.

All content from Kiddle encyclopedia articles (including the article images and facts) can be freely used under Attribution-ShareAlike license, unless stated otherwise. Cite this article:
Austin Carroll Facts for Kids. Kiddle Encyclopedia.