Awajicho Station is served by the Tokyo Metro Marunouchi Line, and is 7.2 km from northern end of the line at Ikebukuro. The station is numbered as "M-19". 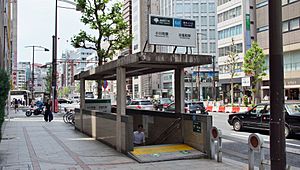 Areas near the station 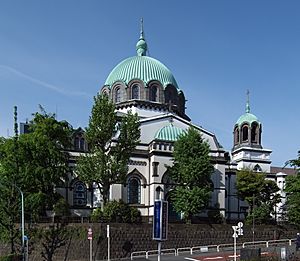 The Holy Resurrection Cathedral that is near this station

All content from Kiddle encyclopedia articles (including the article images and facts) can be freely used under Attribution-ShareAlike license, unless stated otherwise. Cite this article:
Awajichō Station Facts for Kids. Kiddle Encyclopedia.