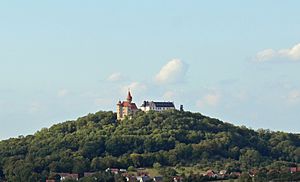 The fortress of Heldburg dominates the area

First Heldburg was called in the issued 837, October 17 certificate no. 507 of the Code Eberhardi. Sigibald, executor of Count Asis, rendered in goods in Heldburg and other places to the monastery of Fulda. Heldburg received city status on 2 December 1394, the Council's 1396 witnessed and held the low courts to a limited extent. In the 16th century Heldburg was attached. The City Church "Unserer lieben Frau" stood in the Middle Ages the country chapter Coburg the diocese Würzburg. The castle Veste Heldburg was first mentioned in 1317 as a possession of the Counts of Henneberg. It became a territory in 1353 of the Burgraves of Nuremberg and in 1374 became part of the Wettin family holdings.

Northeast of the town is the Veste Heldburg in which the German Castle Museum (Deutsches Burgenmuseum). After years of renovation and construction of the fortress, the museum was opened on September 8, 2016, the Thuringian Minister President. The museum includes 40 rooms, which were concerned with the meaning and function of castles. In addition to their structural development and life on castles, represented both in peace and in times of war. Also worth seeing is the old town with its restored half-timbered buildings from the early modern period. It is surrounded by a city wall from the 16th century. Get in addition to wall sections five of the original 14 towers and the Untertor as one of the former four city gates. The Protestant church of Our Lady (Unserer lieben Frauen)(Johann Gerhard in 1606 became general superintendent of the duchy for 9 years), on the west side of the square dates from the period 1502-1537, the tower is older. The Town Hall is a half-timbered building with skylights and is located on the market in the city center. 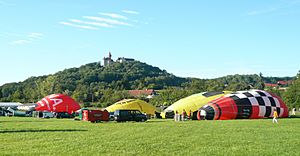 Heldburg is home to the Thüringer Montgolfiade, a famous hot air balloon festival. 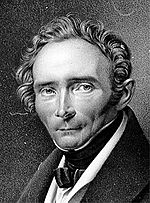 All content from Kiddle encyclopedia articles (including the article images and facts) can be freely used under Attribution-ShareAlike license, unless stated otherwise. Cite this article:
Bad Colberg-Heldburg Facts for Kids. Kiddle Encyclopedia.