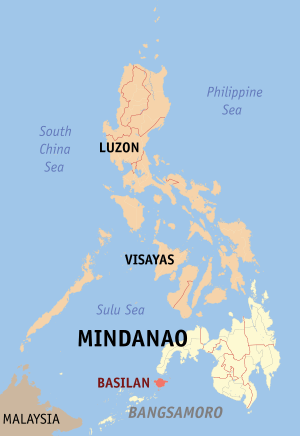 Map of the Philippines showing the location of Basilan 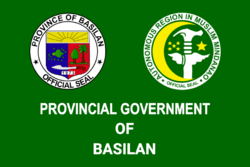 The provincial flag of Basilan 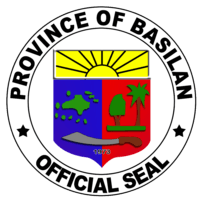 The provincial seal of Basilan

The Province of Basilan (Chavacano: Provincia de Basilan; Tausug: Wilaya' sin Basilan; Yakan: Wilayah Basilanin) is an island province of the Philippines that is found in the Bangsamoro Autonomous Region. The capital is Lamitan City. The province was created on December 27, 1973.

Basilan Island is the largest and northernmost of the major islands of the Sulu Archipelago. It is just off the southern coast of the geographic Zamboanga Peninsula.

The former capital is Isabela City.

All content from Kiddle encyclopedia articles (including the article images and facts) can be freely used under Attribution-ShareAlike license, unless stated otherwise. Cite this article:
Basilan (province) Facts for Kids. Kiddle Encyclopedia.