A battlecruiser was similar to a battleship. It had slightly thinner armor and lighter guns, and was longer and more narrow. They were faster than battleships, which meant they were made to outrun similar ships and chase down smaller ships. 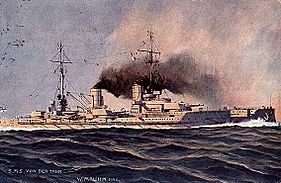 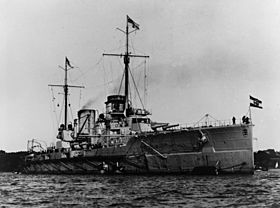 Battlecruisers were mostly used in the 20th century. The Royal Navy invented the battlecruiser, soon later they were used by many countries around the world. They have been replaced with more modern ships which means they are no longer used.

All content from Kiddle encyclopedia articles (including the article images and facts) can be freely used under Attribution-ShareAlike license, unless stated otherwise. Cite this article:
Battle cruiser Facts for Kids. Kiddle Encyclopedia.