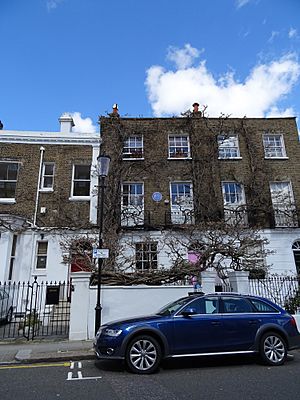 Bedford Gardens is a street in Kensington, London. It runs west–east from Campden Hill Road to Kensington Church Street.

Marie Rambert had a ballet school and studio there in 1920, and remained there until 1927, when she moved to the Mercury Theatre, Notting Hill Gate, which became the home of the Ballet Rambert until 1987. In the early 1980s, Roger Tully purchased Rambert's late nineteenth-century dance studio in Bedford Gardens. 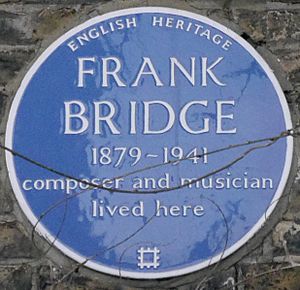 All content from Kiddle encyclopedia articles (including the article images and facts) can be freely used under Attribution-ShareAlike license, unless stated otherwise. Cite this article:
Bedford Gardens, London Facts for Kids. Kiddle Encyclopedia.