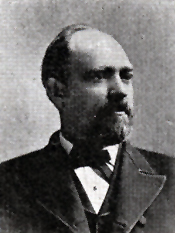 Born on a farm in Nash County, near Rocky Mount, North Carolina, Bunn attended the local schools. During the Civil War he enlisted in the Confederate States Army as a second lieutenant in Company A, 47th North Carolina Regiment. He was promoted successively and became captain of the 4th Company of Sharpshooters, MacRae's Brigade, Army of Northern Virginia from 1861 to 1865. He studied law and was admitted to the bar in 1866 and commenced practice in Rocky Mount, North Carolina.

Bunn was elected as a Democrat to the Fifty-first, Fifty-second, and Fifty-third Congresses (March 4, 1889 – March 3, 1895). He served as chairman of the Committee on Claims (Fifty-second and Fifty-third Congresses). He was not a candidate for renomination in 1894. Postmaster of Rocky Mount, North Carolina, from April 23, 1895, until the appointment of his successor on July 27, 1897. He resumed the practice of law. He died in Nash County, near Rocky Mount, North Carolina, August 25, 1907. He was interred in Pineview Cemetery.

His home near Rocky Mount, Benvenue, was listed on the National Register of Historic Places in 1982.

All content from Kiddle encyclopedia articles (including the article images and facts) can be freely used under Attribution-ShareAlike license, unless stated otherwise. Cite this article:
Benjamin H. Bunn Facts for Kids. Kiddle Encyclopedia.