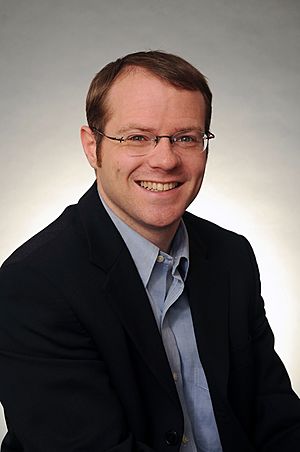 Benjamin K. Sovacool is an academic at the Vermont Law School. He has written several books and many journal articles. 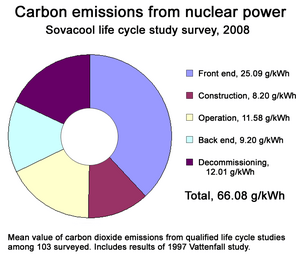 Sovacool has reported that the value of CO2 emissions for nuclear power over the lifecycle of a plant was 66.08 g/kWh. Comparative results for wind power, hydroelectricity, solar thermal power, and solar photovoltaic were also calculated.

Sovacool's research interests include energy policy and environmental issues. He has published more than 90 academic papers in journals like The Electricity Journal and Energy Policy. He has also appeared on the BBC World News, Bloomberg Live!, and Channel News Asia and been interviewed by Newsweek International, Associated Press, United Press International. His work on carbon emissions from nuclear power stations has also been reviewed in Nature.

In 2007, Sovacool edited Energy and American Society: Thirteen Myths which has been reviewed in Energy Policy and the Annals of the Association of American Geographers. In 2008, he wrote The Dirty Energy Dilemma: What’s Blocking Clean Power in the United States which was published by Praeger and won a 2009 Nautilus Award.

In Contesting the Future of Nuclear Power (2011) Sovacool says that "energy efficiency programs and renewable power technologies are better than nuclear power plants".

His other books include:

All content from Kiddle encyclopedia articles (including the article images and facts) can be freely used under Attribution-ShareAlike license, unless stated otherwise. Cite this article:
Benjamin K. Sovacool Facts for Kids. Kiddle Encyclopedia.