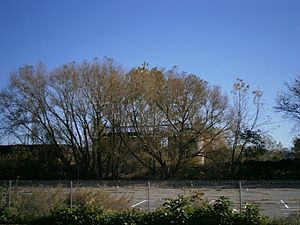 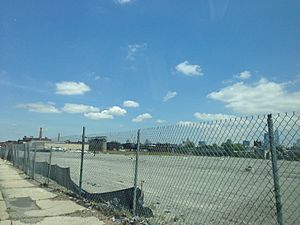 Berry Lane Park is a park created on a 17.5 acres (0.071 km2) of former brownfield site in the Communipaw-Lafayette Section of Jersey City, New Jersey. Construction of the park, which cost $38 million, began in 2012 and the park officially opened in June 2016. The park is located between Garfield Avenue and Woodward Street near the Garfield Avenue Hudson Bergen Light Rail station. Directly south of Berry Lane Park is Canal Crossing, an adjacent brownfield site slated for a future residential development. The park will be part of the greenway planned along the former route of the Morris Canal.

Post-environmental remediation construction began on Wednesday August 22, 2012. The first and second phases of the project included final environmental remediation of contaminants and grading of the land as well as construction of the baseball field, and irrigation systems. The third phase of the project, which included installation of over 100 high-efficiency lights throughout the park, began in April 2014. The fourth phase of the project, which included completion of the turf baseball and soccer fields as well as construction of event spaces, began during the summer of 2014. The final phase of construction, which included concessions facilities, restrooms, basketball courts, a dog run, and other smaller park features, began after the fourth phase is complete. In October 2014, Jersey City received a $5 million grant from the New Jersey Economic Development Authority that will facilitate completion of a large portion of the park in a single phase. The park officially opened to the public in June 2016.

At the grand opening of the park, Jersey City, New Jersey mayor Steven Fulop announced a grant from the Tony Hawk Foundation to build a skate park. A new baseball field opened in October 2016. The skatepark opened in August 2020.

All content from Kiddle encyclopedia articles (including the article images and facts) can be freely used under Attribution-ShareAlike license, unless stated otherwise. Cite this article:
Berry Lane Park Facts for Kids. Kiddle Encyclopedia.