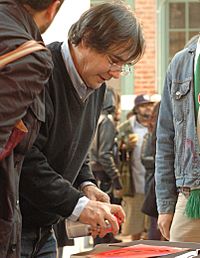 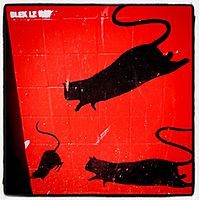 The iconic stencils of rats by Blek le Rat 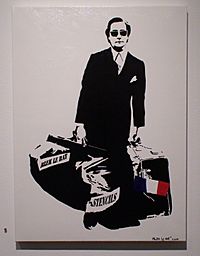 Blek le Rat is Xavier Prou. He was one of the first graffiti artists in Paris, and has been described as the "Father of stencil graffiti".

Xavier Prou was born on 15 November 1951 in Boulogne-Billancourt in the western suburbs of Paris.

Blek began his artwork in 1981, painting stencils of rats on the walls of Parisian streets. He described the rat as "the only free animal in the city", and one which "spreads the plague everywhere, just like street art". His name comes from the comic book Blek le Roc, using "rat" as an anagram for "art". 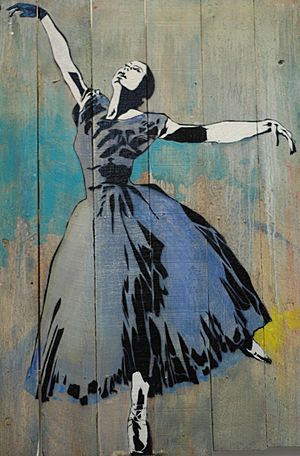 All content from Kiddle encyclopedia articles (including the article images and facts) can be freely used under Attribution-ShareAlike license, unless stated otherwise. Cite this article:
Blek le Rat Facts for Kids. Kiddle Encyclopedia.