House of Bonaparte facts for kids 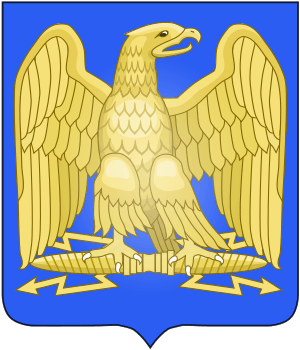 The House of Bonaparte is an imperial and royal European dynasty founded by Napoleon I of France in 1804, a Corsican military leader who rose to power and transformed the French Republic into the French Empire. The dynasty ruled from 1804 to 1815 and again from 1852 to 1870. Current head Jean-Christophe Napoléon is ironically from a Bourbon mother.

Napoleon I of France

Napoleon Bonaparte is the most significant person associated with the Bonaparte family because he created the First French Empire that conquered much of Europe in the early 19th century. He was elected as first consul of France on November 10, 1799 with the help of his brother, Lucien Bonaparte, speaker of the Council of Five Hundred. He later crowned himself Emperor of the French in December 2, 1804 and King of Italy in May 26 1805. He then made his elder brother Joseph (1768–1844) king of Naples (1806–1808) and then of Spain (1808–1813), his third brother Louis, king of Holland (1806–1810), and his youngest brother Jerome Bonaparte, king of Westphalia(1807-1813).

Napoleon's son Napoleon François Charles Joseph (1811–1832) was created king of Rome (1811–1814) and was later styled Napoleon II by loyalists of the dynasty, though he only ruled for two weeks after his father's abdication. Charles Louis Napoléon (1808–1873), son of Louis Napoléon, was president of France in 1848 and emperor in 1852 until 1870, reigning as Napoléon III. A political movement for Corsican independence surfaced in the 1990s which included a Bonapartist restoration in its programme.

Crowns held by the family

Emperors of the French

All content from Kiddle encyclopedia articles (including the article images and facts) can be freely used under Attribution-ShareAlike license, unless stated otherwise. Cite this article:
House of Bonaparte Facts for Kids. Kiddle Encyclopedia.