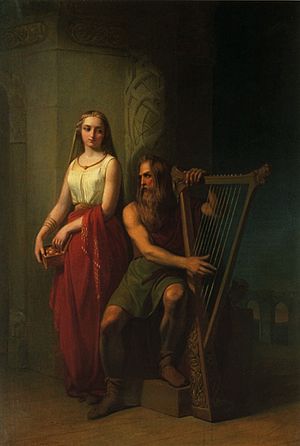 The name of the Norse god of poetry Bragi has been given to the Norwegian literature prize – the Brage Prize.

The Brage Prize has been awarded each fall since 1992 for the following categories:

In addition to these classes, during the first several years the prize was also awarded in the following categories:

All content from Kiddle encyclopedia articles (including the article images and facts) can be freely used under Attribution-ShareAlike license, unless stated otherwise. Cite this article:
Brage Prize Facts for Kids. Kiddle Encyclopedia.