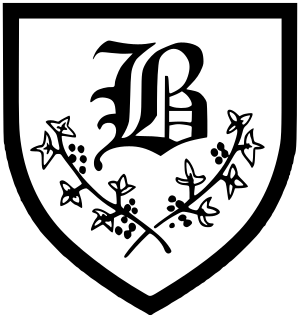 The coat of arms of the school

Brambletye School is a coeducational day and boarding preparatory school in East Grinstead, West Sussex. It was founded as a small boys' boarding school in Kent between the world wars. The school moved to West Sussex and has since become coeducational. 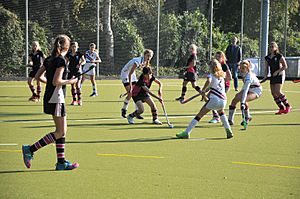 Brambletye was founded at Sidcup Place, Kent in 1919. It moved to its present location in the Sussex countryside on the southern outskirts of East Grinstead in 1933. The main school building, which is in its own wooded estate of 140 acres, overlooks the Ashdown Forest and Weir Wood Reservoir. Brambletye was built in 1896 by Donald Larnach, former Director of the Bank of New South Wales, as his country retreat. The school became a charitable trust in 1969 with a board of Governors. In September 1986, the first girl was admitted and the school is now completely coeducational.

Recent building developments have included a seven-classroom block, a purpose built arts centre including a 270-seat theatre, a sports hall, a Pre-Prep building and the redevelopment of the science laboratories. The Blencowe Centre won the Downland Prize for Architecture, Education, (joint winner) in 2010.

The Brambletye School Trust, a registered charity, created legal precedent in the UK with a Value Added Tax ruling. 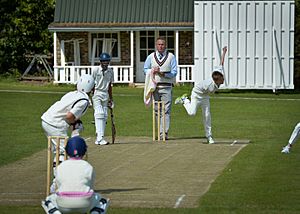 All content from Kiddle encyclopedia articles (including the article images and facts) can be freely used under Attribution-ShareAlike license, unless stated otherwise. Cite this article:
Brambletye School Facts for Kids. Kiddle Encyclopedia.