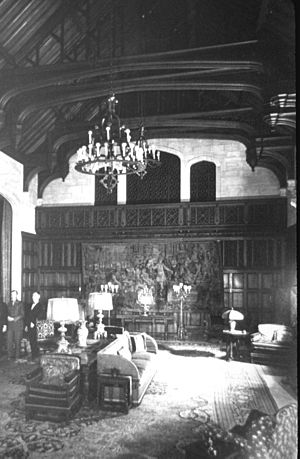 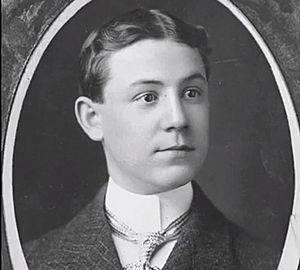 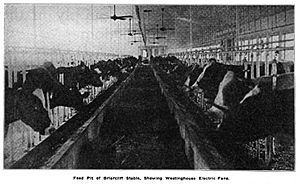 Asa, Jr. was the eccentric son of Asa Griggs Candler, co-founder of Coca-Cola. Candler, Jr. helped build his father's business into an empire. He later became a real-estate developer, opening the Briarcliff Hotel at the corner of Ponce de Leon Avenue and N. Highland Ave. in Atlanta's Virginia Highland neighborhood.

In 1910 Asa, Jr. moved from the fashionable Inman Park neighborhood where his father also had a mansion, to a "ramshackle" farmhouse on Briarcliff Farm, 42 acres (17 ha). The farm was just north of Callanwolde, his brother Charles' estate. Asa, Jr. managed a huge agricultural operation which provided meat and produce to local retailers. Cows, sheep, pigs and chickens were raised on the farm. During World War I, Briarcliff Farm supplied milk to Fort Gordon.

The farm was lauded for its use of electric lights and fans, even individual drinking fountains for the cows, its cleanliness, air and light, resulting in sanitary conditions that led to higher yields and quality.

Briarcliff was built between 1920 and 1922, and featured a Georgian Revival exterior. Architect Dan Bodin assisted Frazier in overseeing the completion. In 1925 Candler had the mansion enlarged, including the music room.

Features of the estate

Features of the mansion included:

His father and older brother owned Aeolian organs, and to outdo them, in 1925 Candler had a $94,000, 88-rank, 187-stop, cathedral-sized Aeolian installed in the music room. It was the largest privately owned organ in Georgia at the time, and the 8th largest that Aeolian had ever built for a private residence. It was inaugurated in November 1925 in a recital by family friend Palmer Christian, which was broadcast over radio station WSB. In 1952 the organ was given to Wesleyan College in Macon, Georgia. It was renovated in 2008 and is now known as the Goodwyn-Candler-Panoz organ.

Candler collected exotic birds and animals in a menagerie held at his estate with cages designed by architect Bodin. The collection included a Bengal tiger, four lions, a black leopard, a gorilla, baboons, and six elephants: Coca, Cola, Pause, Refreshes, Refreshing and Delicious. In 1935 Candler, in financial trouble, put up his pipe organ for sale. A neighbor sued and won a $10,000 settlement because "a baboon jumped over the wall of the zoo and devoured $60 in currency out of her purse". He gave away his entire menagerie of animals to the Grant Park Zoo, now Zoo Atlanta.

The mansion also included two swimming pools, one open to the public for 25 cents per person. The pool had a neon-lighted fountain that was lit at night. The pool area was landscaped with flowers and shrubs. There was a stand to buy Coca-Cola and snacks.

Sale of estate and later uses

The Candlers sold their estate to the General Services Administration in 1948. The planned veterans' hospital never emerged, and the estate was used to house the Georgian Clinic (later the DeKalb County Addiction Center), which opened in 1953 as the first alcohol treatment facility in Georgia. The clinic kept the pool open for its patients until the late 1950s, then closed it for lack of funds.

From 1965–1997, the estate housed the Georgia Mental Health Institute in a multi-story tower surrounded by multiple cottages connected by tunnels.

There are reports of hauntings at the estate.

The complex is now the Briarcliff Campus of Emory University, but the mansion remains empty and in disrepair.

All content from Kiddle encyclopedia articles (including the article images and facts) can be freely used under Attribution-ShareAlike license, unless stated otherwise. Cite this article:
Briarcliff (mansion) Facts for Kids. Kiddle Encyclopedia.