Druid Hills is a community which includes both a census-designated place (CDP) in unincorporated DeKalb County, Georgia, United States, as well as a neighborhood of the city of Atlanta. The CDP's population was 14,568 at the 2010 census. The CDP formerly contained the main campus of Emory University and the Centers for Disease Control and Prevention (CDC); they were annexed by Atlanta in 2018. The Atlanta-city section of Druid Hills is one of Atlanta's most affluent neighborhoods with a mean household income in excess of $238,500 (making it the ninth most affluent, per that metric).

The planned community was initially conceived by Joel Hurt, and developed with the effort of Atlanta's leading families, including Coca-Cola founder Asa Candler. It contains some of Atlanta's historic mansions from the late 19th and early 20th century. Druid Hills includes the main campus of Emory University, which relocated to Atlanta in 1914. 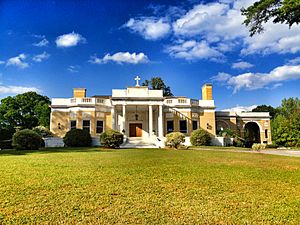 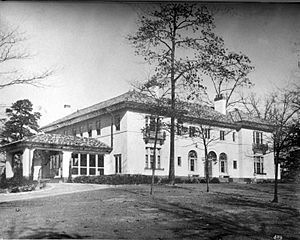 The Chelsea Heights neighborhood is located in the eastern part of the CDP at the Decatur border, and participates in the Druid Hills Civic Association. 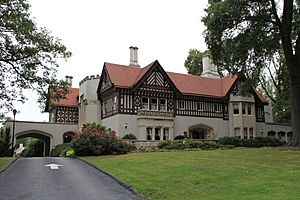 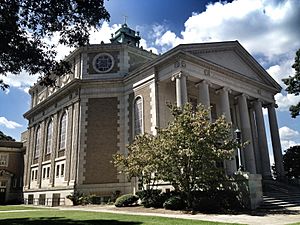 Synagogues are located in adjacent Virginia-Highland, Morningside/Lenox Park and North Druid Hills, the latter having one of the largest concentrations of Orthodox Jews in Metro Atlanta. 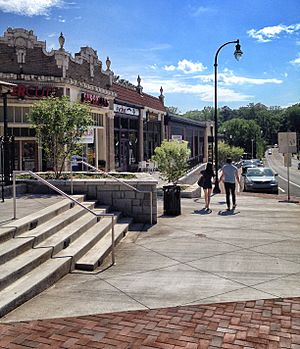 Emory University, including its hospitals, is the third largest employer in Metro Atlanta as of 2007/8. The CDC is also an employer of note.

Commercial areas include Emory Village, a small node first developed in the 1920s at the terminus of the streetcar line to Emory. A revitalization of the area was completed in 2011 with new sidewalks, street furniture and two new roundabouts.

The other, larger commercial areas fall just outside the community's boundaries, such as the Clairmont Road corridor in North Decatur, the Sage Hill shopping center in Atlanta's Morningside/Lenox Park, and the Ponce de Leon Avenue corridor just west of Druid Hills in Atlanta's Poncey-Highland/Virginia-Highland.

The Paideia School [1] is a nearby preK–12 private school [2] in the city of Atlanta.

Emory University Hospital and Children's Healthcare of Atlanta - Egleston Hospital are in the Druid Hills area.

The City of Atlanta annexed Egleston and Emory University effective January 1, 2018. Prior to the annexation, Egleston was in Druid Hills CDP, as was Emory Hospital.

All content from Kiddle encyclopedia articles (including the article images and facts) can be freely used under Attribution-ShareAlike license, unless stated otherwise. Cite this article:
Druid Hills, Georgia Facts for Kids. Kiddle Encyclopedia.