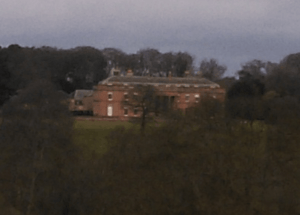 Burn Hall is a country house in County Durham. It is a Grade II* listed building.

The house was designed by Ignatius Bonomi for Bryan John Salvin and completed in 1834. It remained in the Salvin family until Marmaduke Henry Salvin died in 1924 and the house was acquired by St. Joseph's Society for Foreign Missions which established a school for boys in the hall. The building was acquired from the Society by Mrs Audrey Alliston in 1995 and the restoration of the main house and the redevelopment of the area to the rear, by Jane Darbyshire Associates, won the City Trust's annual award, for the sympathetic style of the work in 1998. Coordinates: 54°44′32″N 1°35′48″W﻿ / ﻿54.74233°N 1.59655°W﻿ / 54.74233; -1.59655

All content from Kiddle encyclopedia articles (including the article images and facts) can be freely used under Attribution-ShareAlike license, unless stated otherwise. Cite this article:
Burn Hall, County Durham Facts for Kids. Kiddle Encyclopedia.